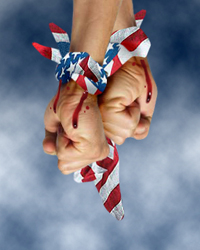 In no way forgive, never forget about. The media scarcely mentions the U.S. prison at Guantanamo Bay, Cuba or its detainees any longer, some of whom have been held for 20 many years devoid of trial. But the facility stays open at an exorbitant charge ($13 million for every calendar year for every detainee as of 2019 — 40 detainees remained at that time) and pretrial hearings for many of these remaining detainees are ongoing.

Previously this 7 days, Carole Rosenberg of the New York Situations, who has committed the previous 20 yrs of her career to masking Gitmo, reported on a listening to at Gitmo at which James E. Mitchell, “the psychologist who assisted produce the C.I.A.’s torture program”, testified as to the “accredited and unapproved interrogation approaches (aka torture) he personally participated in and witnessed of Abd al-Rahim al-Nashiri, who will be going through a demise penalty trial sometime this century for the 2000 attack on the U.S.S. Cole close to Yemen that killed 17 U.S. sailors.

We ought to all make it a position not to fail to remember the atrocities that have transpired in our name at the behest of some of the most heinous politicians in U.S. record. Dick Cheney, are you listening?